Ayoo Sarah and the VSLA Groups

My name is Achan Aida Agnes a social worker of Meeting Point International following the VSLA groups in Naguru. 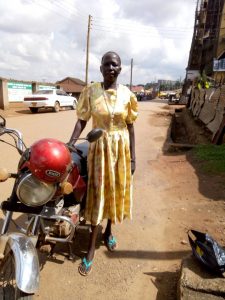 In 2017 after sharing the money saved, I managed to Identify one of our clients Ayoo Sarah, who was enjoying a success from the VSLA group’s activities.

Sarah joined Meeting Point International in 2006 after she was tested and found out to be HIV positive together with her husband. She is a mother of 6 children and altogether lives in a family of 8 members.

Life in this family was not good because of low income earning. The family used to eat once a day and sometimes went without meals. Her husband lost his job because of a health problem and it was hard for them. The business Sarah was doing needed a lot of energy but due to her sickness, she couldn’t continue operating the business of brewing local Waragi (a spirit).

It was in the second year when Sarah’s eyes opened and realized that saving groups were so good. She could easily get loans from the group. Through financial literacy and Select planning and management, she managed to identify a business of selling water and soft drinks, setting up a stall for selling food stuffs like onions, tomatoes, bananas and many others. 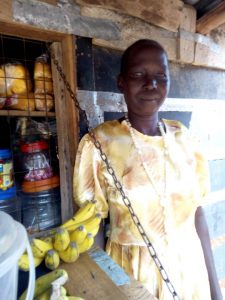 Sarah is now happy, she managed to rent a double room with electricity and she can cater for school requirements for her children. They are happy because they can now get their basic needs and they now have 3 meals in a day.