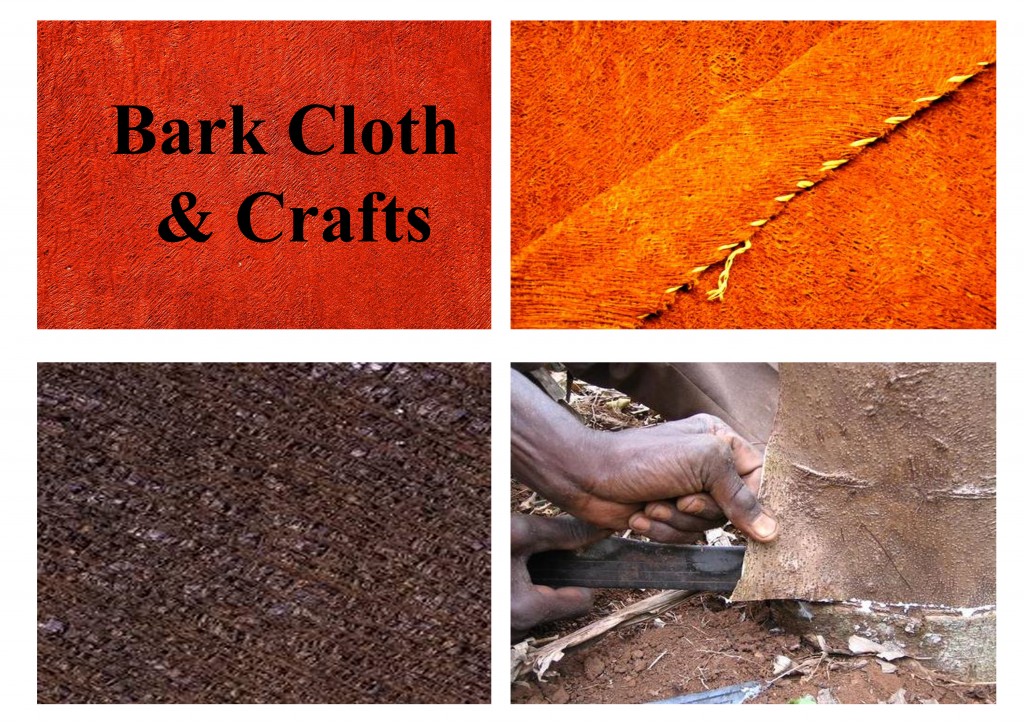 Today women of roses are involved in a new initiative: the production of bags, and clutches using bark cloth (literally “backcloth”).

The bark cloth is a traditional fabric produced in the western districts of Uganda where the ancient central Buganda kingdom, obtained through a slow and delicate process of the cortex.

It is a fabric once widespread, then supplanted by the introduction of cotton; but she has maintained a strong cultural value, it is still used today during the traditional functions of the realm.

1st Step The bark, engraved over the entire height of the trunk, along its circumference, is removed. Once eliminated the outer layer of bark, it takes a long sheet of inner bark that is beaten gently for hours with different types of hammers. By beating the fibers soften and elasticizing, and the sheet surface quadruples.

3rd Step  After the beating, the fabric is laid out to dry completely. At the end of the process you get a soft, colored clay, which if stored properly can withstand more than 30 years.

4th Step The raw fabric arrives in the laboratory, where it is colored with natural paints and left to dry in the sun. After the drying step, a thin Layer of wax is coated on the fabric. Following is applied a strengthening bag. At this point the tissue is ready for production: cutting and sewing. 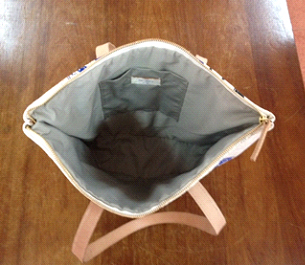 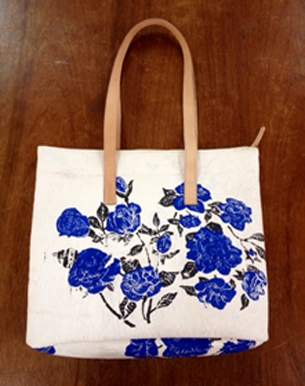