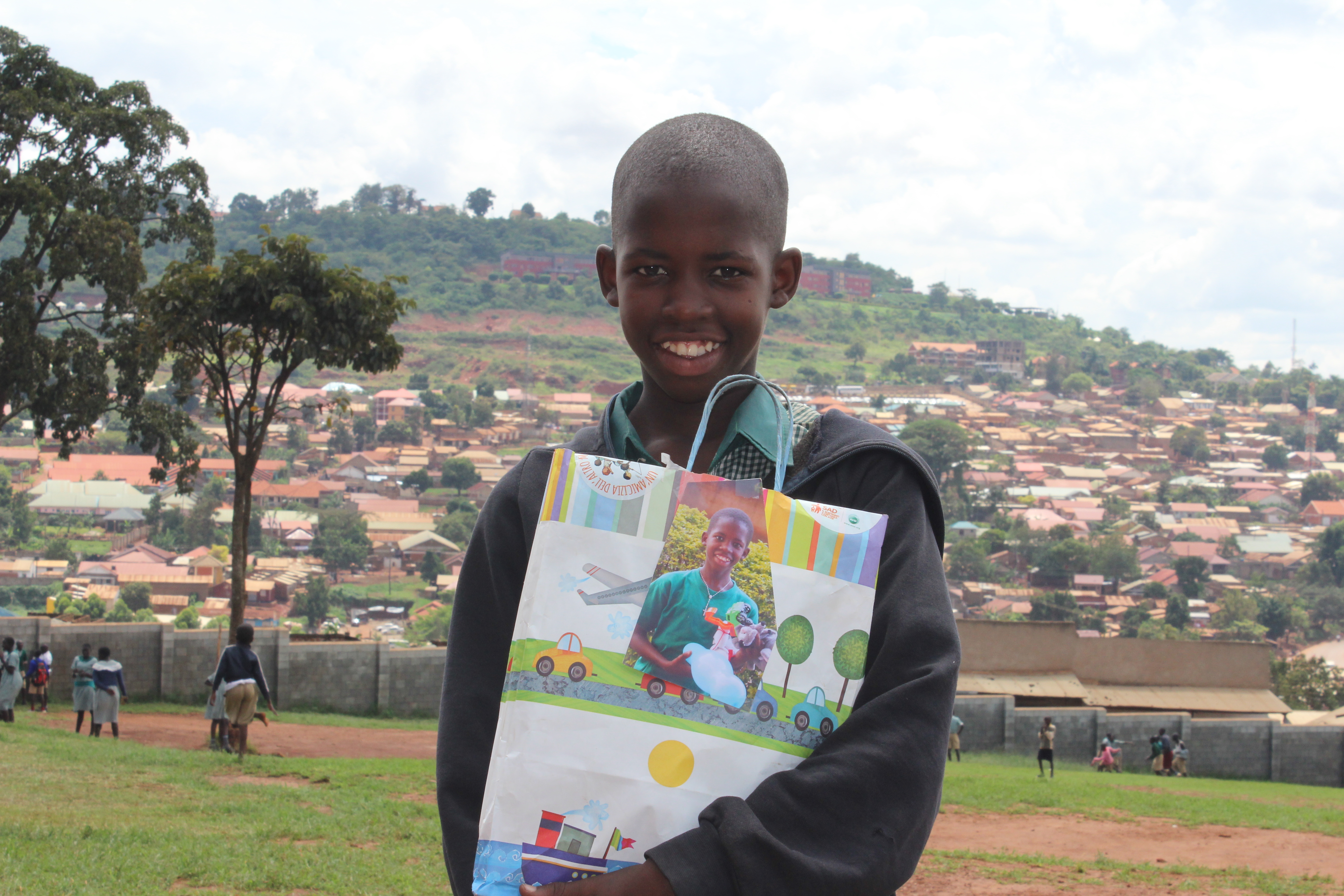 In this world everyone’s wish is to always be the first or on top of the others.This refers to the children who sat their Primary Leaving Examinations from Luigi Giussani Pre-Primary and Primary school. It was challenging at the start to convince the children to join the school but when their time came to leave the school, most of them felt like not leaving the school, yet they had no choice but to give room for the incoming candidates.

If anyone like me ( Adong Evelyn a social worker at Meeting Point International) had a chance to talk to these children, or see whatever they did, one could really feel that they were really going to miss the school because of the love, care and protection that they were always given at school.I had a chance to enter their classrooms and sawthe indicators and reminders written by them that “Never forget the Pioneers of L.G.P.P.S” I was really moved personally because in my years of Primary seven, we left no reminders as we were leaving the school butthis love that the children showed for their school was different. The pioneers never wanted to be forgotten due to the fact they are the first primary seven (candidates) to sit national examinations in this school.I had a chance to talk to one of the pupil (Carrado Corradini Joshua), he first responded with a smile and his face portrayed happiness. To me, his smile and face made me realize that there is somethingspecial about the school. He then continued telling me that.

“I love the school and missed it because of the teachers like Mr. JohnBosco (head teacher) and Miss Monica who always spent their evening hours playing football, netball and also the gym activities like jumping, skipping, and others with us” honestly, it is rare to find teachers in a school playing with the children. This is because most schools in Uganda are mainly academic based and they don’t care about the social wellbeing of the children. In fact the teachers from other schools don’t build relationships with their children.

Corrado continued telling me that “At times we are called to the staff room and given snacks,by the teachers”. “Mr. John Bosco was always after me to ensure that I eat food.Whenever I am not feeling happy teacher Bena (class teacher) was always concerned to know why am not happy but not only to me but also other pupils in school”. When I had these words, I remembered my school days where by the teachers never cared about the children and no teacher could take an initiative to know whether the children have eaten food or not. I must confess that L.G.P.P.S is really a school among schools that I have seen. The last thing that amazed me from Corrado was what he said when I asked him what he would tell other people about the school.” L.G.P.P.S is a good school. I will tell them to join the school because even the support staff try to ensure that children use the toilets properly and they don’t destroy things in the school compound”therefore in L.G.P.P.S they not only care about the academic progress of the children but also their social wellbeing in the society.