My name is Apolot Florence and I am 35 years old, from the eastern part of Uganda in a district called Bukedea. I am HIV positive. When I realized I was HIV positive I became worried, and weak. The symptoms of HIV had begun appearing as a rash all over my body, a cough, and pain everywhere. After a year of my husband telling me that there was no problem and to forget it, I went for testing where they confirmed my fears.
I thought I was going to die very soon. I would stay indoors because there was nobody in the community who I could tell my status to after even my own relatives had rejected me. They said that they were not the ones who sent me to get this virus, so they would also not be the ones to cure me!
My family separated my plates, cups and wash basins fearing that I would infect them. They even decided to isolate me to a house away from theirs and dig a hole inside that house for me to defecate in so that I wouldn’t disturb them.

When the rainy season came with the cold they said I would surely die. When I began coughing, the people in the village were saying that I was not going to live more than a month. When I would hear such words I was very worried and had sleepless nights. It was one of these nights I decided to write a letter to my sister who was staying in Kampala. She arranged for me to come stay with her, and told me of Meeting Point International.

I came to MPI and found Aunt Teddy here. She welcomed me to come to a meeting with the other women. At first I was fearing to talk to the women because there were very many. Over time though I realized that I liked the singing, dancing and making beads. After some time Auntie Rose came and she welcomed me too. I told Aunt Rose about my status, and my children who were at home without school. Aunt Rose gave me the money to send the children to school, to resume treatment, and even the money for rent. After this I began feeling better, and at a certain point I thought I would travel back to village as I was strong enough to live without the support of Meeting Point. I was taking my medicine, though I had to travel far to the health center, but I saw that life had again become difficult. I said to myself, “what is the problem now?!” I realized that even though I was on my medication there was a big part of life that was different in the village, and that was that I had nobody to talk to about my problems or share my happiness. I realized that as much as the ARVs were helping me, it was still of no good without also having the love of others.
So as much as I thank Rose and Meeting Point for everything they have done, the greatest thing that I have been given is the love, peace, and a hope for life. I feel very fine now, and wish to tell my story to any other person who might be feeling as I was. This love is the greatest cure I have found! 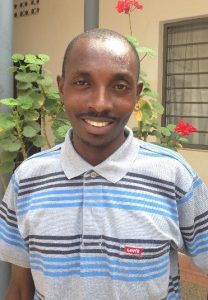 I have taken a good number of years teaching Adult Literacy classes in Meeting Point International in Naguru. In the beginning, this work was quite complicated since I was used to teaching young primary school pupils. In MPI I began handling mature people who are comfortable in their deep-rooted habits. The big number of women looked to be tired and unmotivated to classroom work so I could find myself in front of the mature classroom with serious dedication problems.

Everything seemed to be not easy for me because my idea of the school had something to do with giving instructions to pupils that had to be followed. I was totally focused on my thoughts and I was thus getting upset with some women.

One day I got struck when I heard of a life story from one of my student (woman). We had received visitors and the Director Rose told the students (women) share their life experiences. She told the visitors that she was victim of the prolonged rebel activity in the northern region of Uganda where she grew up from, she was abducted and made to feed on human flesh, raped and got infected with HIV and AID many people who listened including me got emotional and started shading tears. When we closed our activities that day I went home, but something was hurting me. I felt I have been judgmental to my students, I prayed asking Christ to forgive me and to give me the grace change my gaze and to love all my students (women). I also realized that nothing depends on our effort, for this reason, I began to experience a change of attitude because the more I stayed with them, the more I loved my students and the more they opened up to me. All mentioned happened to me within the first few months… Now it is six years since I started teaching them, we do English language, Mathematics, Health Science and Music Dance and Drama. Six years of teaching the women have been very interesting and adventurous, I have learned a lot from my students (women) and fellow workers. In fact, it has been a journey to discovering my real life and value my humanity which is rooted in the “infinite”. We all need a company like this to walk.

I cherish my students for providing me the best companionship as I discover my life.

Written by Tr. Wasswa Yusuf and Compiled by Lumanyika Jude.